Body of One of the Three Missing Hikers have been found on Mount Rainier, Washington; Two Still are  Missing. 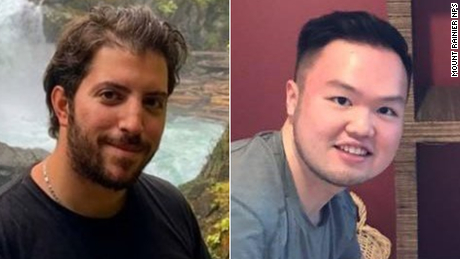 The body of a hiker  ‘Matthew Bunker’ has been recruited who went missing on Friday 26th at 3.p.m.

Mr. Bunker’s body was found along the Liberty Ridge, where he was skiing along with his friends. One of his fellows reported him missing on Friday at 3.p.m, reported the National Park service. He was mentioned to be skiing behind his fellow nearly at 10,400 above sea level. The blustery weather hampered the search for Mr. Bunker, but clear skies on Monday allowed another helicopter to search for him. Ms. Patti Wold, a spokesperson for the park, clarified that an “unknown event” made Mr. Bunker fall in a “treacherous train.”It is appalling to know that Mr. Bunker’s body was found at the same place where the bodies of six other climbers were recruited in 2014.

Mathew Bunker was a resident of Seattle. He was a  graduate from U.S Military Academy West Point and served as a militant for more than five years. Park authorities extended their deepest condolences to the victim’s family and friends.

The authorities at the park also claimed that Bunker had no association with the other two missing hikers. All of them went missing separately. The two other hikers named Vincent Dijie and Talal Sabbagh have been reported missing on June 19 and June 22, respectively. Thursday 25th was the third day reported for the search of Mr.Djie. Mr. Djie was reported lost at a place named ‘Paradise’ in the park. Similarly, Mr. Sabbagh’s car was seen parked in the lot of ‘Paradise The southern part of the mountain is reported notorious for frequent missing reports.

The park’s management declared that it might be summer, but snow is still present on the mountain tops. They also warned people to be rather careful when making hiking decisions. They should practice precautions.

Besides, authorities are still searching for the other two men several by running several operations daily.

Chances are slim for the US to get Covid-19 under control, reports Trump’s HHS secretary.